If the base is lying good and the balance is stable on 2 feet, the flyer may tilt the weight to one foot of the base. The base gets extra stability against rolling away sideways by laying his arms sideways. Bending the free leg is not useful, since it reduces the possibilities of the flyer when landing. And nobody really likes a knee between the legs. 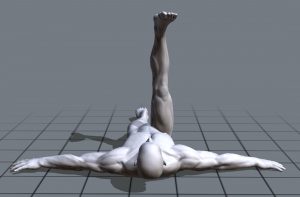 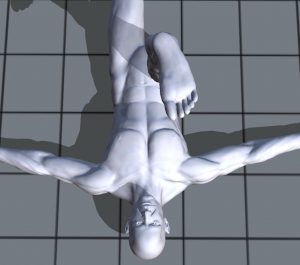 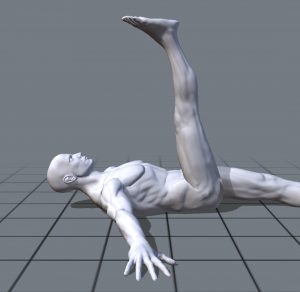 Important is when getting the balance to 1 foot, that the rest weight is picked up by the base to avoid a Verscherung. A flyer is pushing himself when tilting from one side to the other side, which is also absolutely correct so far. However, as soon as he feels that he tilts too far, he starts to pull and generates enormous shear forces. This can only be avoided by picking up from the base.

During the start with the flyer from standing to the lying-sidewards or the Buddha-head-down is often observed that the flyer actively pushes himself off the ground, instead of being picked up by the base. Although this is not usually critical in this position, it leads to a bad habit that makes more difficult tricks dangerous or impossible.

The high-relieving into this position is possible, but not recommended, since the base can not keep holding the flyer while he jumps off.