The critic Louis Leroy insulted Claude Monet (photo: Impression – soleil levant, 1872, Musée Marmottan, Paris) as an “Impressionist” and accused him of superficiality. Previously, the artists were referred to because of their painting technique as Intransigeants (“the stubborn”) (excerpt from Wikipedia). Also acrobats are artists and therefore also creative and stubborn … it is discussed and lamented whether and how partner acrobatics should work. Everyone knows it better … Someone needed for safety? Who do you trust? And how dangerous is the trick really? Injuries, on the other hand, are actually rare. And if something happens, then it is […] 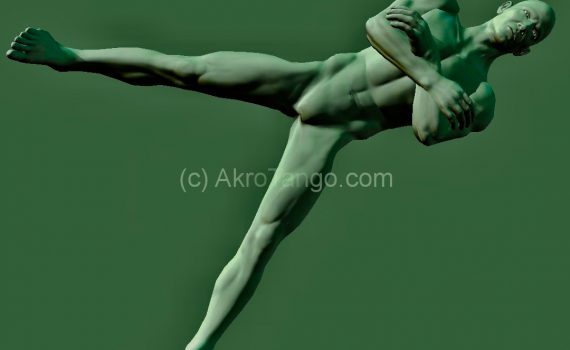 A flag is a form of Libra in which the flyer will be at 2 contact points balanced (with pulling and pressure point). These contact points form a triangle to each other, in which the upper body of the flyer hangs sideways. Giving the impression of a living flag. The flyer absolutely extends both knees and keeps the upper foot (= pulling point) strongly tightened. Again, the base creates the balance and the flyer has to trust him. The base takes care in the balance that the flag does not unintentionally shifts away sideways. He is managing it with the upper […] 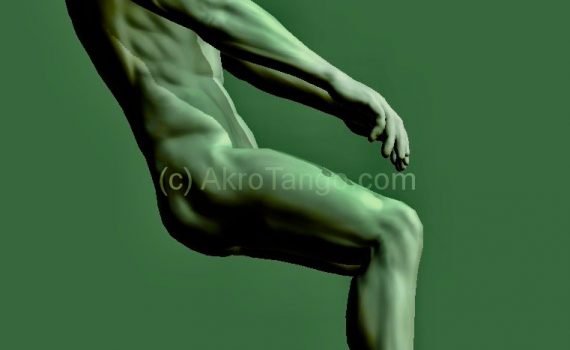 The chair is a simple form of Libra. The flyer stands frontal to the base on his thighs and will be balanced at 1 or 2 hands by pulling. Contact point are either the hands or knees of the flyer. To balance, the base uses only his own knees; the arms stay stretched. By pushing his knees far under the flyer, he can achieve an even free balance (→ facing). The flyer remains in the line of force without shearing the knees of the base. This position is very well suited as a first balance exercise for beginners. Additional stability […] 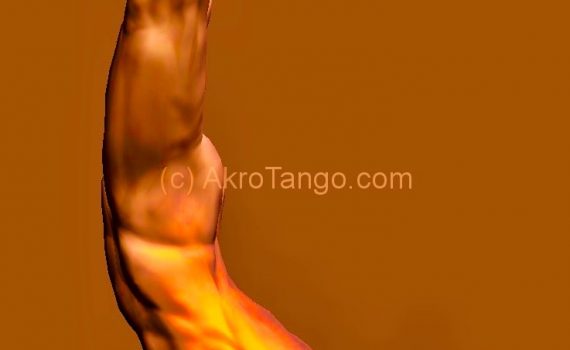 The position is similar to the scorpion-handstand of the flyer, as the head is actively pulled out. The beginning is usually via a libra, which at the end the flyer can let go, e.g. lying, sitting, with headstand or one-armed in the neck. An unfavorable weight distribution of base and flyer can be recognized by the fact that the shoulder is not over the middle of the hand. The base keeps his own center of gravity as close to its hands as possible (as he is usually heavier), which causes a barely avoidable hollow cross …   Balancing the one-armed […]

The shoulder in the acrobatics extends from the neck to about (depending on the power of the base) to the middle of the upper arms, so room enough for several flyers! And that on both sides of the head. The shoulder is (unlike the hip) a floating joint, which means that it has no firm connection with the trunk skeleton. When the base pulls the shoulder to the neck, there is hardly any room left for one flyer. The most important ability of the base in this position is therefore to raise the upper arm without pulling the shoulder to […] 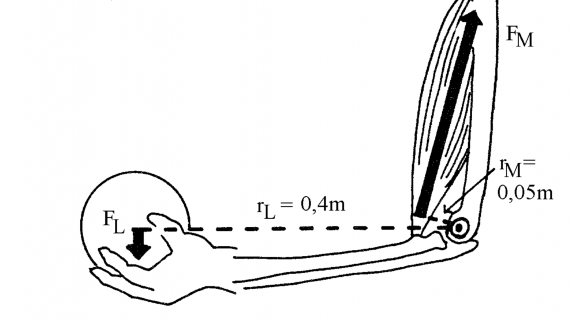 When looking at biomechanics I am less concerned with the exact derivation of mechanical and biological principles, but more with the consequences for acrobatics … Mechanics: Acrobats are essentially dealing with 3 energies. Potential, kinetic and rotational energy. These energies have as common quantities: the mass and the force vector. The mass is for an acrobat a very personal given size, which is also associated with its available power (= m * a). It determines significantly whether a person should be a flyer or a base. In addition, you can’t change much the mass of a person in a short-term […] 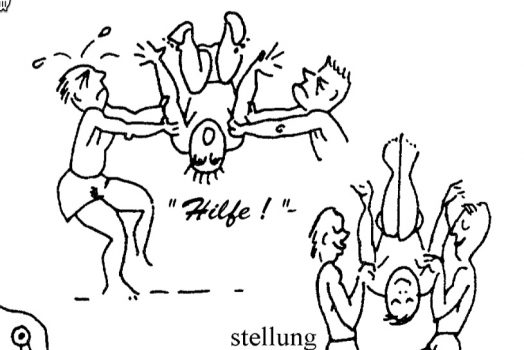 In principle, the safety-helper (spotter) should know the trick itself, so that he recognizes the potential dangers in good time. Arrangements: First, the helper is informed, which trick to secure and what is expected of them. In principle, the helper is never directly in front of or behind the base so that no-one does stumble during a correction step. As soon as more than one correction step is necessary, the base breaks off, otherwise it forces the helper(s) to run along. A helper can not catch well, while he moves! An unintentionally rotating base also forces the helper to move. […]